Smap uses a geo-saptial database, Postgis, to store submitted surveys. The database can be included as a layer in a GIS tool and hence any data that includes location is available for analysis by the GIS tool as it is loaded. The following types of location can be collected by fieldTask and stored in the database:

Aggregation of data by regions

Any survey that includes location can be presented with its results aggregated by geographical regions. The regions need to be loaded into the results database from a source file, such as a shapefile, by the system administrator. Country level regions are included by default.

The same data is shown here in a table view.

If you don't have pre-defined regions then you can create a hex grid of arbitary size and aggregate the data using that:

The following video demonstrates aggregation of regions in scenario based on the collection of data for an emergency response. It includes use of a custom set of regions created using QGIS. 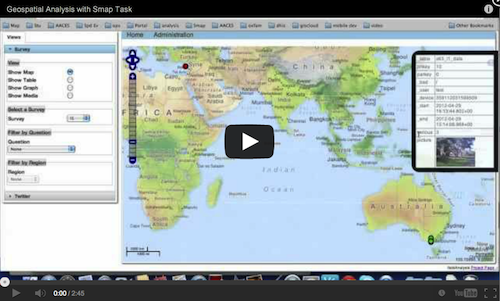 This next video shows how to create a hex grid and aggregate the data using it. 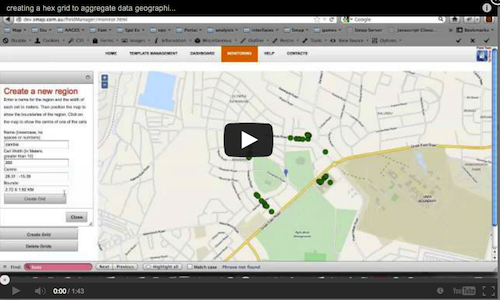